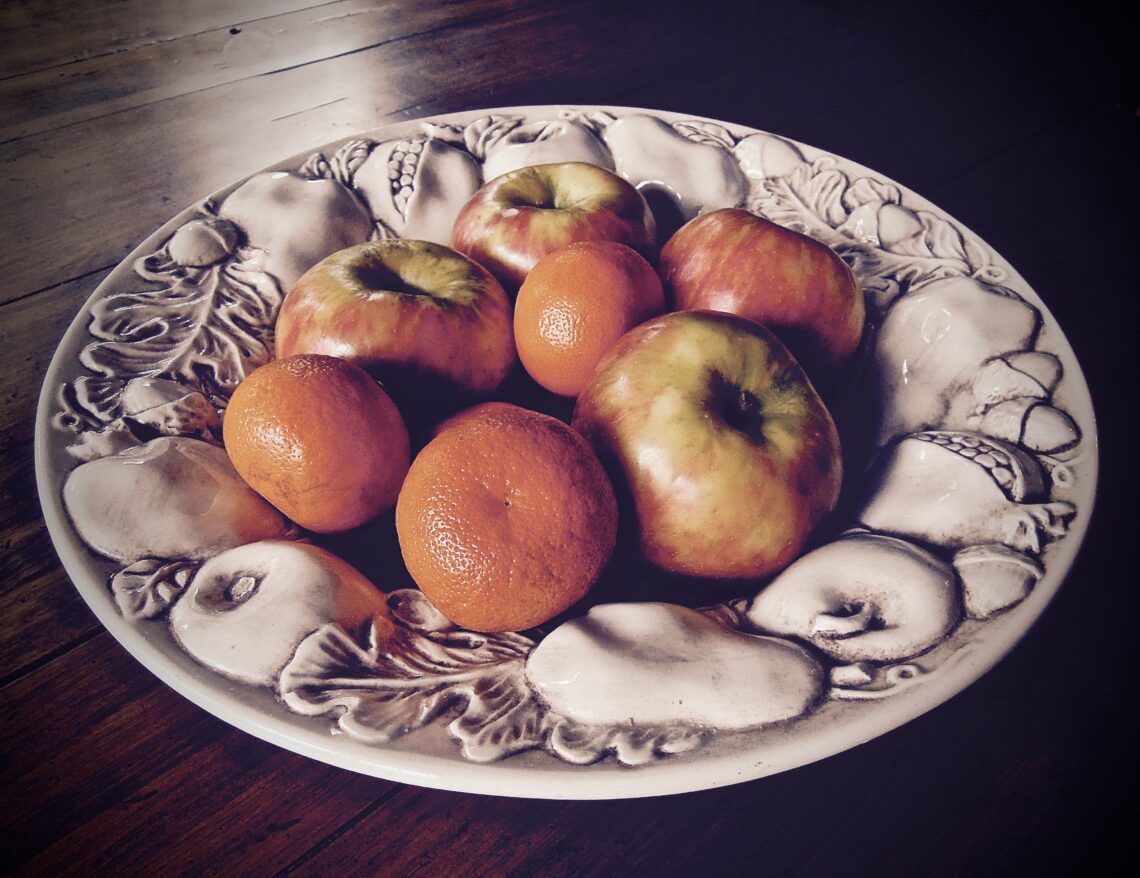 Then all the moments of the past began to line up behind that moment.” — Billy Collins

Billy Collins sees art in the ordinary acts of daily life. In “This Much I Do Remember,” Collins recalls a tender moment that most couples can relate to: the leisurely hour at the dinner table after a good meal has been shared.

The woman he’s addressing in this poem is his wife of many years. I fight tears every time I read this piece. It deftly underscores the familiar comfort of a long marriage, reminding me of my own. As Collins wisely points out, the simple, everyday moments we share are the foundation of true love. — CL

This Much I Do Remember

It was after dinner.

You were talking to me across the table
about something or other,
a greyhound you had seen that day
or a song you liked,

and I was looking past you
over your bare shoulder
at the three oranges lying
on the kitchen counter
next to the small electric bean grinder,
which was also orange,
and the orange and white cruets for vinegar and oil.

All of which converged
into a random still life,
so fastened together by the hasp of color,
and so fixed behind the animated
foreground of your
talking and smiling,
gesturing and pouring wine,
and the camber of your shoulders

that I could feel it being painted within me,
brushed on the wall of my skull,
while the tone of your voice
lifted and fell in its flight,
and the three oranges
remained fixed on the counter
the way the stars are said
to be fixed in the universe.

Then all the moments of the past
began to line up behind that moment
and all the moments to come
assembled in front of it in a long row,
giving me reason to believe
that this was a moment I had rescued
from the millions that rush out of sight
into a darkness behind the eyes.

Even after I have forgotten what year it is,
my middle name,
and the meaning of money,
I will still carry in my pocket
the small coin of that moment,
minted in the kingdom
that we pace through every day.

–From Picnic, Lightning, by Billy Collins, University of Pittsburgh Press; 1998–