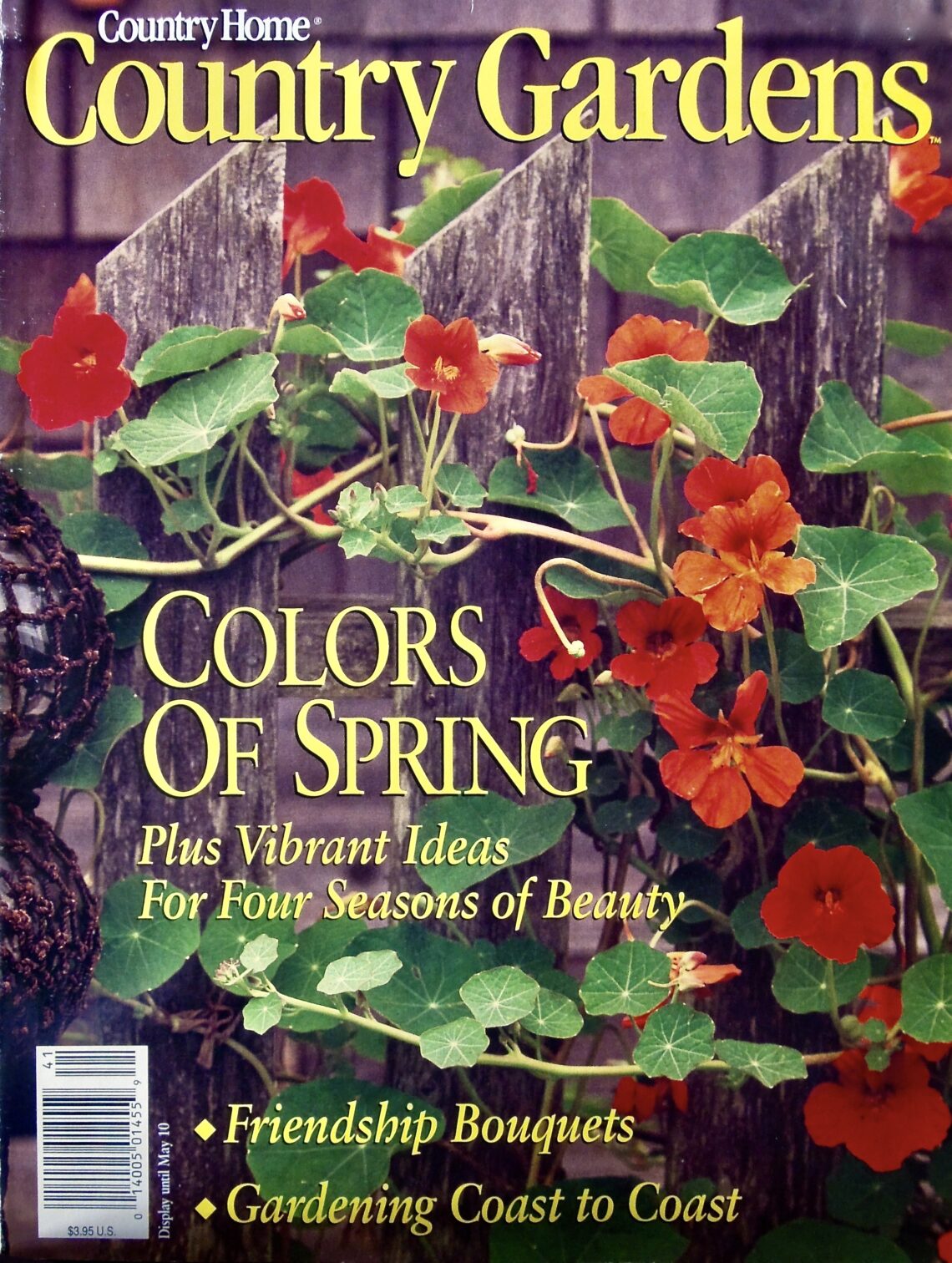 “Everything that slows us down and

forces patience, everything that sets us back

into the slow circles of nature, is a help.

Gardening is an instrument of grace.”

Gardening restores me — no matter what else is going on around me. The essay below is a tribute to my Scottish-immigrant grandfather and his garden. It first appeared a few years ago in Country Gardens and was reprinted in the American and British editions of Reader’s Digest. It’s also included in my essay collection, Writing Home.
Grandpa’s Ferns

My grandfather was the proverbial Scottish curmudgeon, born and bred on a farm in the Orkney Islands. In his last years, his hearty soul hardened a little more; he often barked at the postman and guzzled whiskey from a bottle he insisted on hiding behind the dining room curtains.

But Grandpa had a soft spot or two. One was for me, and the other was for his garden, a veritable jungle of ferns, which, with a battalion of lilies-of-the-valley, hugged the side of his garage.

No other gardener in his west Detroit neighborhood could lay claim to such a crop. Green, tall, and primordial, the ferns had been growing in his backyard for decades. Too modest to call himself a gardener, my grandfather thought of himself simply as caretaker of his ferns. Like Grandpa, the plants were survivors. I’ll always associate ferns or “fairrrns,” as he pronounced them, with that durable old Scot and the restorative process of grief we experienced together.

I was nine years old when his wife, my favorite grandmother, passed on, as Grandpa reluctantly explained to those who called for her on the phone. Her death broke our hearts that July, during one of the most humid summers I remember.

Grandpa couldn’t put his sorrow into words. He’d spend hours in his easy chair, staring out at the living room in stony silence, listening for the echoes of a voice he’d never hear again. But, young as I was, I knew the moment he began to retrieve his old spirit: I heard him thump out of his recliner, then hobble out to the screened-in porch and into the yard, where his neglected ferns waited.

The whoosh of the garden hose pierced the heavy stillness of the evening. And there my grandfather stood, as he had stood every summer since he had retired, watering his mighty kingdom of ferns. Slipping through the screen door, I ran barefooted across the lawn and joined him.

I inhaled the scent of the fern bouquet, a fragrance like moss in the woods after a warm rain. “That’s what the word ‘green’ would smell like, if it had a smell,” I told Grandpa. He nodded in understanding, then retreated to another memory.

For what seemed like hours, Grandpa and I stood in silence, arm in arm, taking turns with the hose and watching the ferns bow and sway under the water’s spray. I know we both were thinking of my grandmother and how much we missed her, though neither of us could speak her name aloud. It was then I discovered the secret known to all gardeners: Nature has the mysterious power to console us when words cannot.

Not long before my grandfather sold his house and moved into an apartment, my mother had the foresight to ask him for a few of his ferns. Treasuring them like heirloom silver, my parents and I planted and nurtured the ferns, and carefully took a few with us every time we moved. Over the years we watched them unfurl between rocks and next to porch steps. And we gave them to friends who appreciated them.

Ever since I married and left my parents’ home, years ago, my own little family and I have owned three houses. At each one, I’ve left behind the green legacy of my grandfather’s ferns.

If it’s possible to  inherit an affinity for gardening and an appreciation of the natural world, then these were my gifts from my grandfather. I never mastered his business skills, and if he were alive today, I doubt he’d understand my poetry. But I think he’d approve of the hours I spend with my hands in the soil, sorting out life’s complications with pruning shears and a hand trowel.

Each summer, as the ferns in my yard multiply and flourish, I often slip away to my garden to spend an evening deep in quiet ritual. Waving the garden hose over the delicate fronds, I marvel at how well they’ve endured so much change and the passing of so many years. And I always think of Grandpa. ~Cindy La Ferle, Spring 1994

This excerpt is reprinted from my essay collection, Writing Home.